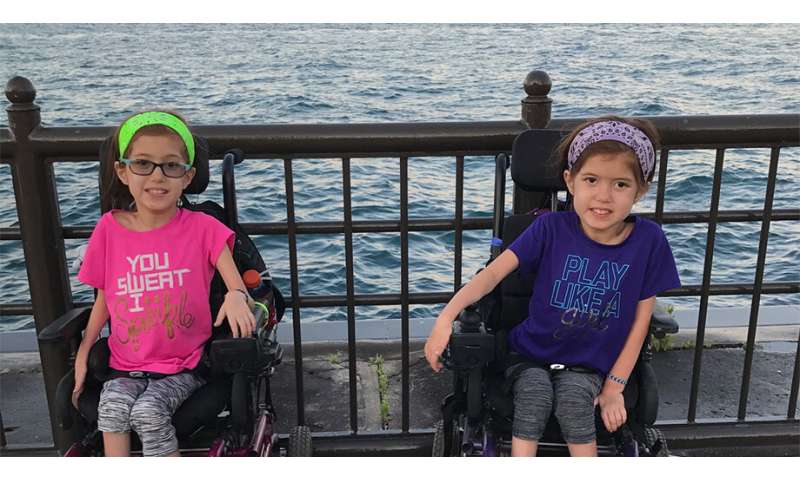 Treatments have been hard to pinpoint for a rare neurological disease called Charcot-Marie-Tooth (CMT), in part because so many variations of the condition exist. So far, mutations on more than 90 genes have been positively linked to the disorder; a patient needs just one of those mutations for the disease to emerge.

Regardless of which genetic mutation is present, CMT universally inflicts damage on patients’ peripheral nervous system, which extends from the spinal cord into the hands and feet. For that reason, patients often experience difficulties with balance, walking and fine motor skills, such as buttoning a shirt.

“The genetic mutations of CMT are well understood, but the disease-causing mechanisms are still a mystery on a molecular and cellular level,” says Scripps Research Professor Xiang-Lei Yang, Ph.D., who led the research. “In our latest study, we took a bottom-up approach, looking for commonalities among different mutations in one of these genes in the hope that we will uncover new insights for treatment.”

In research that appears in the journal PNAS, Yang and her team focused on ubiquitous enzymes known as aminoacyl-tRNA synthetases. These enzymes are not only Yang’s long-running research specialty, but also the largest protein family linked to CMT disease. Pervasive throughout the body, these enzymes attach to the appropriate amino acids to kick off the first step of making new proteins. Considering that proteins are the building blocks of everything from blood and hormones to skin and bones, this process is central to human life.

Yang says that earlier research, which examined the mutated enzymes independent of other biology, had shown that the disease-affected aminoacyl-tRNA synthetases didn’t work as well as their healthy counterparts. In the scientific world, this is known as a “loss of function.”

But using patient samples and viewing the enzymes in their natural cellular environment, Yang’s lab found something different: Any loss of function disappeared when the mutated enzymes were paired with other healthy enzymes that exist within a cell. The finding makes sense, she says, as CMT would be far more severe if this enzyme’s crucial biological function was amiss.

But if there was no loss of function, how were these mutated enzymes implicated in disease? That was the next question Yang sought to answer. For this line of inquiry, she looked at shape rather than function.

Using biochemical and biophysical analysis tools, Yang and her team discovered that the mutated enzymes took on an unusual extended shape. This is unlike their healthy counterparts, which have a more compact design with far less exposed surface.

“The extra surface area may create unwanted interactions with nearby proteins, and these interactions could be what leads to a diseased state,” Yang says. In fact, further study showed that disease severity is likely linked with the degree to which the enzyme’s shape was relaxed or extended.

As her next step of research, Yang plans to delve more deeply into the connection between different forms of CMT, which may lead to general strategies for treating the disease. Her motivation, in addition to a scientist’s need for understanding, are CMT patients and their families—many of whom have personally reached out to her.

“One in 2,500 people have CMT, and today there is no therapy available to help them,” Yang says. “We believe the best path to a treatment is to start by understanding what is fundamentally wrong in the biological environment of this complex neurodegenerative disease.”

Study gives clues to the origin of Huntington’s disease, and a new way to find drugs

There are infinite ways to have sex, and there’s nothing unnatural about any of them