Making it work. Andy Cohen welcomed his son, Benjamin, via surrogate in February and has been balancing his career with his baby boy ever since.

“I just take it day-to-day and I only say yes to things that I’m passionate about and I want to do,” the Watch What Happens Live With Andy Cohen host, 51, told Us Weekly exclusively on Tuesday, July 23, while promoting his Purina partnership. “I was turning down [opportunities]. They were like, ‘Do you want to present an award at the Billboard Awards,’ I’m like, ‘Yes! But I can’t go to Vegas for 24 hours.’ I would’ve in the past.” 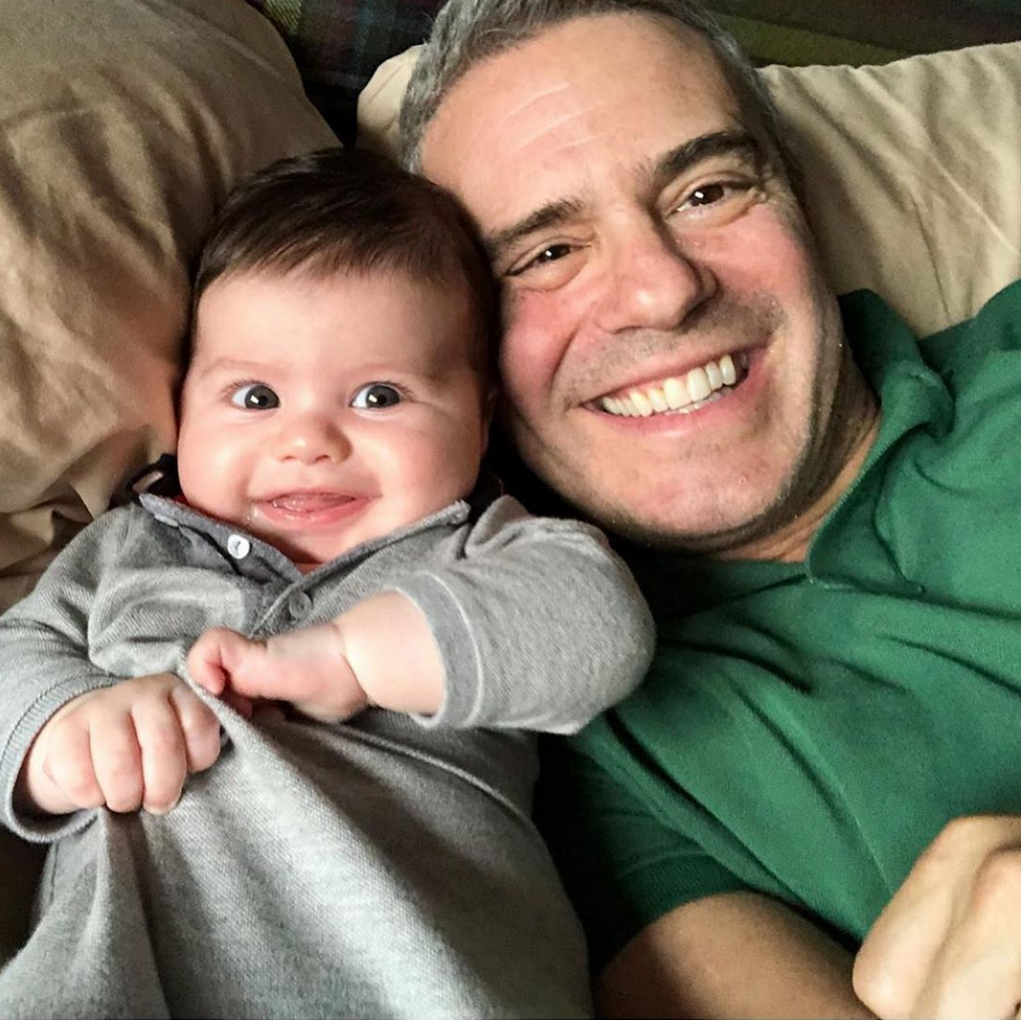 The Bravo personality, who brings his little one to work sometimes, opened up about the 5-month-old’s demeanor. “Ben’s personality is really sweet,” the Missouri native told Us. “He scopes out the room and he scopes out the situation before he commits and gives you his all, which is different from me. I walk in and I’m like, ‘Hey, everybody!’”

The Most Talkative author added, “He’s really mellow though. You can pass him around to everybody and he’ll hang out. But he waits a little bit before he gives you his full smile.”

Since his son’s arrival, the Emmy winner has shared multiple photos of Benjamin hanging out with his friends, from sticking his feet in Anderson Cooper’s face to cuddling up to Kelly Ripa and Mark Consuelos.

Cohen may be a new dad, but he is the proud dad dog to a 7-year-old rescue named Wacha. “[He and my son] are kind of coexisting, but he goes up and gives him a lick every so often,” the journalist told Us. “I’ve noticed in the last couples days, [Benjamin has] been really watching him and like, ‘What is he doing?’ He’s been paying attention to him, so I think he’s starting to realize, ‘Oh there’s a doggie in my house. What is that? What does that do?’”

As for life with his pooch, Cohen explained to Us, “We’ve made the switch to Purina One Vibrant Maturity Dog Food, which he’s responding to great. He has so much energy and he’s so into it. The cool thing is, we had taken the Purina 28 Day Challenge a while ago and now if you sign up at PurinaOne.com/senior they’re giving a dollar for each person who signs up towards Pet Finder’s mission to get senior dogs rescued, which I’m very into because my guy’s seven and is a senior dog.”

With reporting by Travis Cronin

Climate change: Kids can influence parents to make a difference

How to live longer: One of the healthiest nuts shown to reduce cancer and Alzheimer’s risk

Is Evolution of the Human Brain to Blame for Some Mental Disorders?