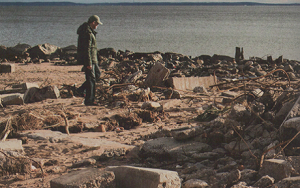 Fetch! Pet Care was recently featured in Entrepreneur Magazine in an article titled, “Disaster Response,” that is running in the March 2013 issue.
The article, which leads with Fetch! Pet Care, talks about how businesses rose to the challenge and helped provide above and beyond services in their communities hard hit by Hurricane Sandy. As a local businessowner wanting to help, Ed and Janice talked about their story housing their customer’s pets at their own home so the pet’s owners could seek shelter for themselves, mostly in hotels not allowing pets. The article also talks about how Ed conserved much-needed gas for the community by bicycling to customer’s homes to make sure they were OK and to ensure their pets were serviced as well. Overall, this showed how amazing Fetch owners stepped up and made a difference in assisting their customers during this disaster. This was a great story to be told!

To view a PDF of the full article, click HERE or begin reading below:

The dogs started arriving the morning after the storm. As people awoke to the reality that their homes were flooded, or damaged by high winds, or that the electricity wouldn’t be turned back on anytime soon, they began dropping off their pets at Ed and Janice Saxton’s home before seeking out that rare hotel with a vacancy.

Soon the Saxtons, owners of a Fetch! Pet Care franchise and one of the lucky families in Bergen County, N.J. that didn’t lose power during the Superstorm Sandy, were sheltering nine dogs.

At one point, Ed remembers, there were six pups crowded onto the foot of their bed. “I don’t think anybody could have prepared for what the hell happened,” he says. “It was brutal for a lot of families. Our inconvenience was insignificant compared to what happened to other people.”

Calling All Kitten Lovers! These L.A. Brothers Need a Home!

ASPCA Experts Give an In-Depth Look into Dogfighting Rescues