As an adoring pet parent, Debbie B. has cared for several cats over the years. In September 2009, she was looking to add a new feline to her family. As an advocate for adoption, Debbie chose to visit the ASPCA Adoption Center and found Clooney—a beautiful bright orange kitty.

Clooney brought so much joy to Debbie’s life, but she wanted to do more for the animals at the ASPCA, so in 2017 she began volunteering. She trained for various roles, including Adoptions Counselor.

Debbie tells us that “the gratifying feeling of sending a needy animal to a forever home makes [her] time all the more worthwhile.”

Clooney, the first cat that Debbie adopted from the ASPCA.

After nine wonderful years together, Clooney sadly passed away in July 2018. Naturally, Debbie was devastated. Sharing a treasured bond with a beloved pet is hard to replicate with another animal. So, Debbie continued to volunteer at the ASPCA in the Adoptions department in Clooney’s honor to “pay it forward,” and help others find a special pet.

“I was volunteering in Adoptions, helping others adopt, and just figured it was down to timing when I would ‘meet my match,’” Debbie says.

Meeting Her Next Match

In March 2019, Debbie starting seriously considering opening her heart and home to a new feline, so she began browsing the ASPCA website and occasionally dropping in to the Adoption Center to “just look”—on one of these drop-ins she saw Zeppoli.

“I knew that his [personality] was one that I was familiar with as Clooney was the same,” says Debbie. Zeppoli was brimming with confidence and affection and enjoyed being the center of attention. At their meet and greet, Zeppoli’s bold, sociable character certainly piqued Debbie’s interest. But Zeppoli wasn’t always the confident kitty he appeared to be. 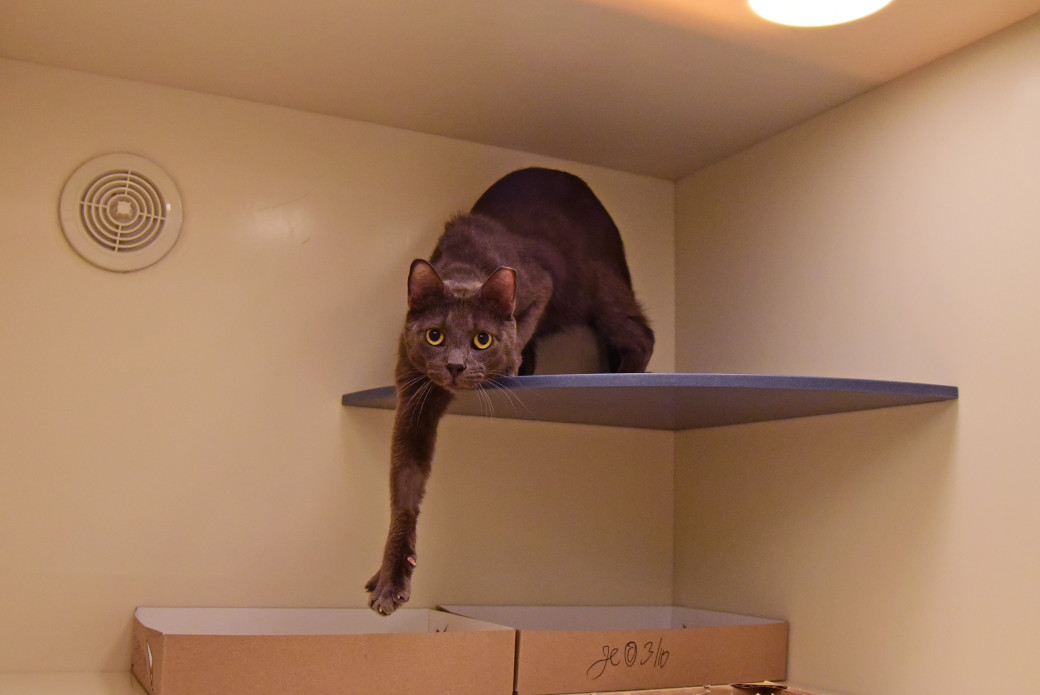 Zeppoli came to the ASPCA from an overcrowded home. The ASPCA Community Engagement team had been working with an overwhelmed caregiver, who ultimately chose to relinquish the sweet cat along with several others in February 2019. By surrendering some of her pets, she improved the quality of life for the animals and herself.

Upon his arrival, Zeppoli needed immediate medical treatment. He had been suffering from severe dental disease and required 16 tooth extractions. On pain medication and in an unfamiliar place, Zeppoli was understandably confused and needed time to settle in.

A few weeks later, after being given the ‘okay’ by the medical team, Zeppoli was assessed by the Behavior team. His confident character shone as he sought attention and playtime from the Behaviorists—chatting with them too! They concluded he was ready to be made available for adoption on March 13, 2019. 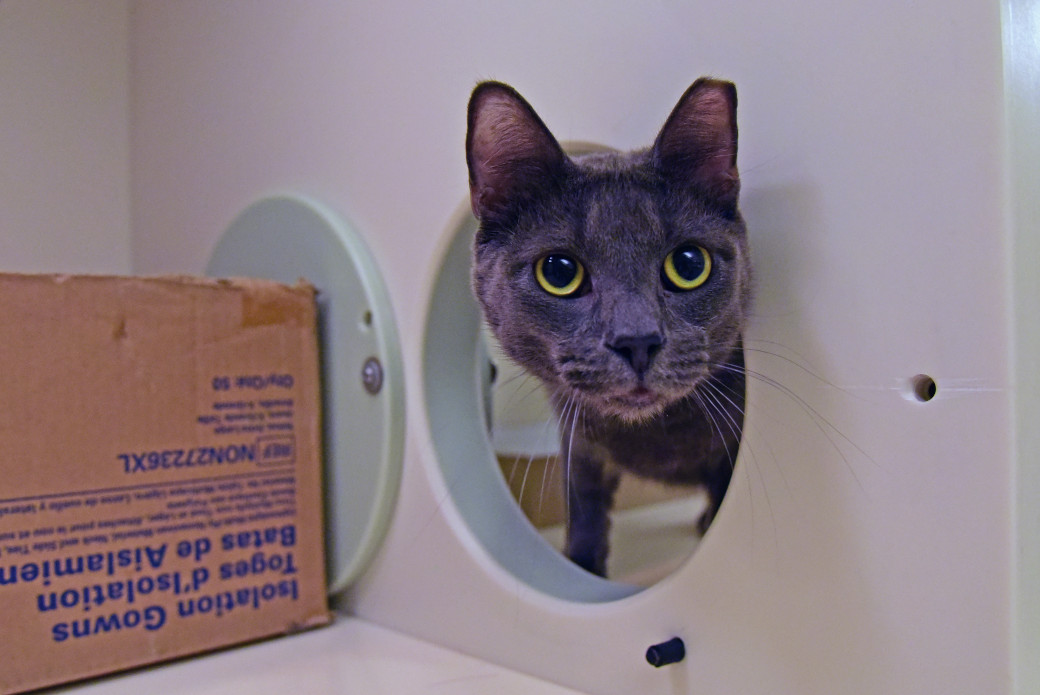 Just a day later, on March 14, marked that momentous day when Debbie dropped by on her lunch break. Zeppoli and his fun-loving personality stayed on Debbie’s mind all day.

“I had to go back to work and decided that if we were meant to be he would be there when I went back after work. If not, I’d keep looking,” Debbie recalls. “Well, I went back, he was still there and I didn’t think twice! I adopted him then and there and brought him home that evening. He was ‘the one’.”

Now officially part of Debbie’s family, she renamed Zeppoli “Chance.” It reflects both their chance encounter, Debbie’s chance to open her heart to another cat and Zeppoli’s second chance at a loving home. And Chance has certainly made himself very comfortable in his new home from the second he stepped paw in Debbie’s apartment.

“He was such a delight from the first day. He explored every closet and found his favorite place in my apartment, but the first night he laid on my floor purring,” Debbie recalls fondly. “I knew he felt like he had found his home.”

Chance adjusted very quickly to his new surroundings. He now enjoys watching the world go by from the window-sill and is very sociable with anyone who stops by. And Chance continues to blossom and let his outgoing personality shine. As a solo cat in a household, he holds all of his mom’s attention—and that’s just the way he likes it! “He is so playful, to the point where he makes me laugh out loud as he carries his toys around in his mouth room to room so proudly!” Debbie tells us.

Chance has come a long way from the overcrowded home, where he was just one furry face among many. Now he has all the love and attention that Debbie can provide—and she has affection in spades!

“Chance has filled my heart again,” Debbie says. “I will always miss Clooney—and my other cats before him. They will always have a place in my heart. But Chance has made his mark and I couldn’t be happier to have welcomed him into my home.”

Experts call for rejection of coronavirus policy based only on age

This Is The Age You Become Boring, Study Says

Stop and think before buying your kids more stuff