They have been called "Generation Mute": the 20-somethings who would rather send 50 text messages than have a five-minute phone call.

Research by British telecommunications regulator Ofcom last year found 36 per cent of people aged 18 to 24 considered instant messaging to be the most important form of communication, with over a quarter of respondents admitting to messaging someone who was sitting in the same room as them. 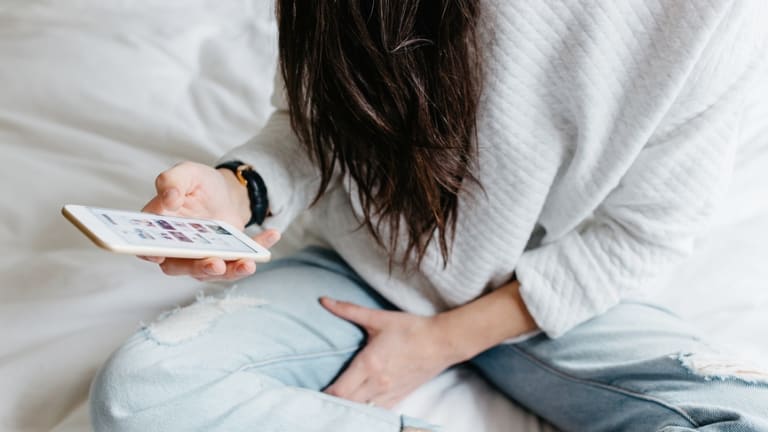 Would you rather text than pick up the phone? You’re not alone.

Locally, Deloitte’s 2017 Mobile Consumer Survey found only 44 per cent of smartphone users in the same age bracket considered the quality and coverage of their phone network for voice calls to be "very important", compared to 58 per cent who cared as much about the quality of their network when using data.

It isn't just those who barely remember a time pre-iPhone. The Deloitte survey regular instant messaging app use is up 20 per cent among those aged 25 to 34, and 25 per cent for 34- to 44-year-olds.

But, for some, a preference for messaging is presenting a problem: anxiety when making or taking a phone call.

Professor Caroline Hunt, head of the University of Sydney's clinical psychology unit, says anxiety associated with picking up the phone fits into a broader category of performance anxiety or social anxiety.

"Generally, with performance-type anxiety, [if] the person has to be spontaneous and respond to things, and be observed by someone who potentially can have a negative evaluation of them, then that's going to be a problem," she says.

Phone calls cause trouble in this sense because they are immediate, distinct from a text message which people can re-read, draft, or delay (or even never write) a response to.

The reasons we now communicate via phone call are having an effect. Pleasant social engagement – those "I thought of you" interactions, or organising real-world meetings – can occur through text, but, if your boss is looking for someone to cover a shift or something is wrong, people are more likely to need an immediate response, and for you to pick up the phone.

"The more importance the person puts on the call and the content, or the more likely they think the other person could be having a critical appraisal of them… [will] make things much worse," Professor Hunt says, adding that it can help to not overthink the phone call, remembering that it is unlikely the person on the other line will judge you for not being able to form perfect sentences or knowing the answer to a question when put on the spot.

Unfortunately, avoiding phone calls only increases the trepidation one feels when a call needs to be taken. If you want to feel more confident when picking up the phone, Professor Hunt says the main thing to do is to start.

"We know that with anxiety, the best way to overcome any anxiety is to frequently engage in the activity, and that's helpful just because, physiologically, your body calms down through the process of doing it again and again."

Our WINS Mentors Must-Read Tips On Maximising Your Potential