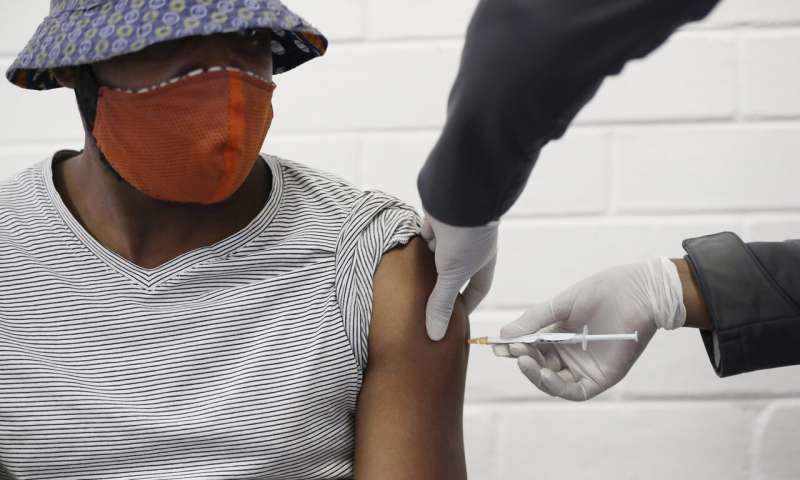 People on six continents already are getting jabs in the arm as the race for a COVID-19 vaccine enters a defining summer, with even bigger studies poised to prove if any shot really works—and maybe offer a reality check.

Already British and Chinese researchers are chasing the coronavirus beyond their borders, testing potential vaccines in Brazil and the United Arab Emirates because there are too few new infections at home to get clear answers.

The U.S. is set to open the largest trials—30,000 people to test a government-created shot starting in July, followed about a month later with another 30,000 expected to test a British one.

Those likely will be divided among Americans and volunteers in other countries such as Brazil or South Africa, Dr. Anthony Fauci of the National Institutes of Health told The Associated Press.

While he’s optimistic, “we’ve been burned before,” Fauci cautioned.

Multiple successes, in multiple parts of the world, are vital.

“This isn’t a race of who gets there first. This is, get as many approved, safe and effective vaccines as you possibly can,” Fauci said.

Vaccine experts say it’s time to set public expectations. Many scientists don’t expect a coronavirus vaccine to be nearly as protective as the measles shot.

If the best COVID-19 vaccine is only 50% effective, “that’s still to me a great vaccine,” said Dr. Drew Weissman of the University of Pennsylvania.

“We need to start having this conversation now,” so people won’t be surprised, he added.

And for all the government promises of stockpiling doses in hopes of starting vaccinations by year’s end, here’s the catch: Even if a shot pans out—and it’s one that your country stockpiled—only some high-risk people, such as essential workers, go to the front of a very long line.

“Will you and I get vaccinated this year? No way,” said Duke University health economist David Ridley.

Vaccines train the body to rapidly recognize and fend off an invading germ. About 15 Brazil last week began a last-stage test of the Oxford shot in 5,000 health workers, the first experimental COVID-19 vaccinations in South America. In another first, South Africa opened a smaller safety study of the Oxford shot.

With few new infections in China, Sinovac next month will begin final tests in 9,000 Brazilian volunteers. And SinoPharm just signed an agreement with the United Arab Emirates; that study’s size isn’t clear.

Animal research suggests COVID-19 vaccines could prevent serious disease but may not completely block infection. One study that dripped the coronavirus into monkeys showed vaccinated animals avoided pneumonia but had some virus lurking in their noses and throats. Whether it was enough to spread to the unvaccinated isn’t known.

Still, that would be a big win.

“My expectations have always been that we’ll get rid of symptomatic disease. From what we’ve seen of the vaccines so far, that’s what they do,” said Penn’s Weissman.

The initial vaccines might be replaced with later, better arrivals, as historically happens in medicine, noted Duke’s Ridley.

And while shots in the arm are the fastest to make, those for respiratory diseases require virus-fighting antibodies to make their way into the lungs. Gilbert said Oxford eventually will explore nasal delivery.

Some U.S. lawmakers worry about pressure from the Trump administration to push out an unproven shot during the fall election season.

“We want a vaccine, not a headline,” Sen. Jack Reed, a Democrat from Rhode Island, said at a recent Senate committee hearing.

Dr. Stephen Hahn, commissioner of the Food and Drug Administration, pledged to a House committee last week that any decision would be based on science.

Different countries have different rules about when to release a vaccine. For the U.S., Fauci insisted there will be no safety shortcuts, a key reason NIH is investing in such huge studies.

Regardless of how and when a vaccine arrives, each country also will prioritize who’s first in line as doses become available. Presumably they’ll start with health workers and those most vulnerable to severe disease—as long as each shot is proven to work in at-risk groups such as older adults.

Should you get the flu shot? What to know about the 2018-19 flu season

US adds 1 million COVID cases in less than a week